Abiding in the Unchanging Christ

Monday and Tuesday we looked at the first two ways in which the Christian may abide in Christ. Today we will look at our abiding in Christ in reference to state…

When we speak of God’s “state” we are speaking of the nature of His properties, attributes, and manner of relations with Creation and with mankind. H2O we know may exist in any of three states: liquid, solid, or vapour. But God is constant. He is the Immutable One, the Unchanging God.

Through Malachi the Lord says, “I am the LORD, I change not” (Mal 3:6). James warns his readers not to be deceived and calls God “the Father of the heavenly lights, who does not change like shifting shadows.” (James 1:17). The author of Hebrews speaks of God’s promise and oath to Abraham as “two immutable things” (Heb. 6:18) unchanging things, consistent with all the divine attributes. He calls the Holy Spirit “the eternal Spirit” (Heb. 9:14) and says of Jesus, “Jesus Christ the same yesterday, today, forever” (Heb. 13:8).

When we abide in this unchanging God we can be confident of many things. For example…

ABIDE in Him at all times.

To hear Pastor John’s Sunday message, go to the Facebook page of Lincoln Baptist Church, or link to the livestream from the church website.

‘Who are you?‘ said the Caterpillar….
Alice replied, rather shyly, ‘I — I hardly know, sir, just at present — at least I know who I WAS when I got up this morning, but I think I must have been changed several times since then.’
… I can’t understand it myself to begin with; and being so many different sizes in a day is very confusing.’
‘It isn’t,’ said the Caterpillar.
‘Well, perhaps you haven’t found it so yet,’ said Alice; ‘but when you have to turn into a chrysalis — you will some day, you know — and then after that into a butterfly, I should think you’ll feel it a little queer, won’t you?’
‘Not a bit,’ said the Caterpillar.*

When Moses encountered God in the burning bush and the Lord commanded him to go to Pharaoh to begin the deliverance of the Hebrews, Moses replied, “Who am I that I should go to Pharaoh and bring the Israelites out of Egypt?” (Exod. 3:11). God answered Moses saying He would be with Him and when Moses enquired Whom he should tell the Hebrews had sent him God responded, “I AM Who I AM.” This is what you are to say to the Israelites: ‘I AM has sent me to you.’” He said, “This is my name forever, the name you shall call me from generation to generation.” (v.14,15b).

Interesting, isn’t it, that man identifies himself with his lostness, “Who am I” while God identifies Himself with His Self-Existence, “I AM Who I AM.” The Hebrew statement “I AM” derives from the verb “to be or to exist.” By declaring Himself in this way God is saying He is ever-present, eternal, self-sufficient, self-determining, and unchanging. God is One. God is Unity and Diversity. God is Trinity, a word we use to describe this unique three-in-one Unity.

He has made us like Himself, three-in-one, as body, mind, spirit… as offspring, spouse, parent… yet as one. He has given us earth, sea, atmosphere… and told us to multiply… to make many… many for Him… for eternity, as Jesus prayed for as many as will believe, “to be with me where I am, and to see my glory” (John 17:25). And He intends to make believers so intimately connected with Him that we too are “one.” No more, “Who am I?” for we will have reached that completeness spoken of by Paul, that

“…unity in the faith and in the knowledge of the Son of God and become mature, attaining to the whole measure of the fullness of Christ…. no longer be infants, tossed back and forth by the waves, and blown here and there by every wind of teaching and by the cunning and craftiness of people in their deceitful scheming. Instead, speaking the truth in love, we will grow to become in every respect the mature body of him who is the head, that is, Christ.” (Eph. 4:13-15). 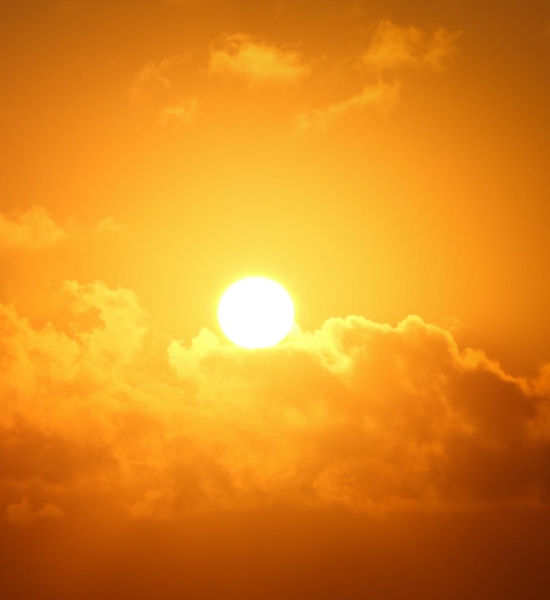 We don’t yet fully know who or even what we are. But big change is certainly coming. John said, “Dear friends, now we are children of God, and what we will be has not yet been made known. But we know that when Christ appears, we shall be like him, for we shall see him as he is.” (1 John 3:2). Jesus prayed, “that all of them may be one, Father, just as you are in me and I am in you… that they may be one as we are one—I in them and you in me—so that they may be brought to complete unity.” (John 17:21, 23).

To view Pastor Andrew’s Sunday message, go to the Facebook page of Lincoln Baptist Church, or link to the page from the church website.

David is not asking as to this King’s Identity, but as to His Nature… His Attributes… His Fame. Much like I might ask, noting the popularity of some great person of whom I know little, “What makes that person so popular anyway?” “Who is [such and such]?” I’m not asking for the name of the person, but the reason for the person’s fame.

“The LORD strong and mighty,
the LORD mighty in battle.”

LORD: יהוה / Trans: yehôvâh (yeh-ho-vaw’) / Jehovah = ” the existing One” (the proper name of the one true God) unpronounced. He is Self Existent… Eternal; Jehovah, Jewish national name of God; Jehovah, the Lord.

Mighty: גּבּר גּבּור / Trans: gibbôr gibbôr (ghib-bore’) / This God is strong, mighty, (as a person yet not a man), a strong one, brave one, mighty one; Intensive; powerful; by implication a warrior; champion, chief, giant, valiant.

Battle: מלחמה / Trans: milchâmâh (mil-khaw-maw’) / He is all this in battle, in war; during a battle engagement, warfare.

Hosts: צבאה צבא / Trans: tsâbâ’ tsebâ’âh (tsaw-baw’) / that which goes forth, a host, an organised advancing army; a host of angels, of sun, moon, and stars, of whole creation; a mass of persons, a campaign.

This God is our God… even now… amid Coronavirus… in and through this global pandemic.

When my mother passed away I took comfort in this later psalm, resting assured she had not died alone,

Beginning, middle, end. “Yesterday, today, forever” (Heb. 13:8). This God is with us. This God controls COVID-19, allowing it to touch only whom He permits. He will never leave the believer’s side.

To view Elder Don’s Easter Sunday message, go to the Facebook page of Lincoln Baptist Church, or link to the page from the church website.