Do you have a difficult time planning whom to invite to a party? As you flip through the pages of your address book do you see friends with whom you are quite comfortable in one setting and other friends with whom you are comfortable in an entirely different setting? Yet it would be quite another thing to mix these two sorts of friends together? Do you behave a certain way with one group and another way with the other?

The Bible has a name for people who behave differently depending on the company they keep; it’s a nasty word: hypocrites.

Paul latched on to this right away when he saw it had cropped up its ugly head in Peter… then spread to other Jews… and then even wormed its insidious way into Barnabas. Barnabas! The one believer who really knew better. It was Barnabas who first reached out to Paul… who brought him to the other believers, vouched for him because he knew the grace of God could transform even a legalistic Pharisee and Christian killer like Paul.

Something had to be done!

Peter had come to Antioch and had been enjoying wonderful fellowship with the Gentile (non-jewish) believers there. But when his old Jewish buddies from Jerusalem showed up the situation got awkward! What would they think of his camaraderie with non-jews — uncircumcised people outside of the line of Abraham? Yes, God had extended grace to the Gentiles. Peter had had that vision, had seen the Spirit fall upon the household of Cornelius, but Jews and Gentiles together? What would James and those with him think? He began to pull back.

“When Cephas came to Antioch, I opposed him to his face, because he stood condemned. For before certain men came from James, he used to eat with the Gentiles. But when they arrived, he began to draw back and separate himself from the Gentiles because he was afraid of those who belonged to the circumcision group. The other Jews joined him in his hypocrisy, so that by their hypocrisy even Barnabas was led astray.

When I saw that they were not acting in line with the truth of the gospel, I said to Cephas in front of them all, ‘You are a Jew, yet you live like a Gentile and not like a Jew. How is it, then, that you force Gentiles to follow Jewish customs?’” (Gal. 2:11-14).

The ‘In’ Crowd. It can sneak up on even a mature believer… a mentor… a leader in the Church. Don’t let it sneak up on you. Live to please not the crowd, not the fads of passing fashion, not the opinions of the majority, but live to please the Lord… the Maker of us all.

To hear Pastor Andrew’s Sunday message, go to the Facebook page of Lincoln Baptist Church, or link to the livestream from the church website.

Knowing from whom you learned

“Where’d you hear that,” my wife asks whenever I retell some suspicious sounding bit of data. Generally not one for keeping an ongoing subconscious bibliography of all I’ve learned in my near 70 years I usually can’t recall. But knowing where or from whom you learned the facts you have come to believe is important – especially so when it involves matters of eternity… matters of one’s eternal soul.

Much if what is believed about spiritual things these days has to do with what is socially popular… what is “the latest thing.” The Greeks of Paul’s day were like that. Luke records of the people of Athens, “All the Athenians and the foreigners who lived there spent their time doing nothing but talking about and listening to the latest ideas.” (Acts 17:21).

I’ve always thought it odd that truth should be found in “the latest thing.” To believe that would mean truth had gone undiscovered from all previous generations. But truth has never been something hidden. Truth is shouting all around us in God’s creation and loving care of it. “The heavens declare the glory of God…” shouted the psalmist (Ps. 19:1). So clear was this revelation that Paul writes,

“The wrath of God is being revealed from heaven against all the godlessness and wickedness of people, who suppress the truth by their wickedness, since what may be known about God is plain to them, because God has made it plain to them. For since the creation of the world God’s invisible qualities—his eternal power and divine nature—have been clearly seen, being understood from what has been made, so that people are without excuse.” (Rom. 1:18-20).

You see, God desires that we know truth… that we know Him… that He is welcomed by us to be know by Him, deeply, intimately. He sent us His Son, Christ, to further demonstrate this truth to us, but we turned our backs on the revelations of nature and made every effort to destroy His gift of Son and Saviour!

Moreover He has now left us His Word, not only in Creation, not only in Son, but also in paper and ink. The Word of God, also called the Word of Truth, profitable to us for all things: “…teaching, rebuking, correcting and training in righteousness, so that the servant of God may be thoroughly equipped for every good work.” (2 Tim. 3:16-17).

To hear Pastor Andrew’s Sunday message, go to the Facebook page of Lincoln Baptist Church, or link to the livestream from the church website.

Last week I went to the bakery and bought two bran muffins. I had two at home already, so I figured I could have one for breakfast every weekday before I’d need to buy any more. The muffins were $1 each. I paid for them with a $5 bill and pocketed the change. When I got home I discovered I had $3 change in my pocket! Clearly, the bakery had overpaid me in change. Since I knew I’d be back there the end of the week I decided to settle up then.

Just then a friend stopped by. We chatted some then decided to play the game “Concentration.” You know, the game where you lay out a square of playing cards face down then take turns turning over two cards. If they match you collect the matched pair and get another turn. If they don’t match you turn them face down again in their original position and it is your partner’s turn. The trick is in remembering where the revealed cards are so you can make your next match. 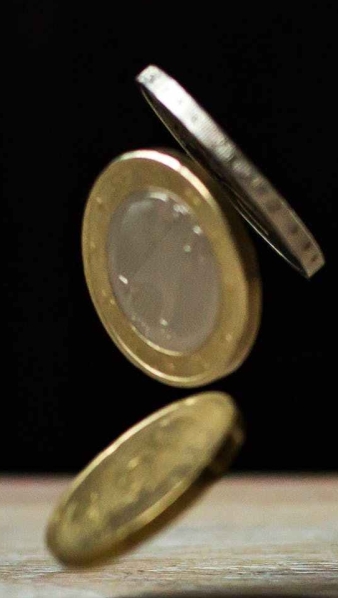 A few other odd things happened that week. My muffin supply ran out on Thursday, so I went back to the bakery to complain. It was a doozy of an argument! She insisted on having sold me two muffins and that $3 change from my $5 was correct! “But I’ve got my personal truth!” I protested.

“At one time we too were foolish, disobedient, deceived… “ (Titus 3:3)
“…encourage one another daily… so that none of you may be hardened by sin’s deceitfulness.” (Heb. 3:13)

To hear Pastor John’s complete message, go to the Lincoln Baptist Church website and look under ‘Sermons Online’ for the Feb. 16 message.