As he shared with us last Sunday Elder Don reminded us of a statement by Alan Baker, one of our Sermonindex Revival presenters. Alan had seen how very quickly a society can be turned upside down. In urgent public warning he pointed to us all, both present and online, and warned “Don’t think that can’t happen to you!” 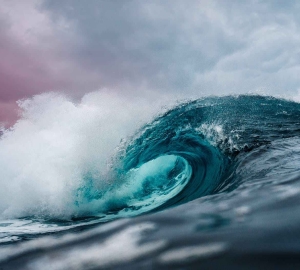 Knowing that a complete and sudden loss of all we’ve relied upon is possible – this is the first step in being prepared for it. Ignoring warnings has always led to destruction: e.g. the people of Noah’s age and the ensuing flood, the Passover and slaying of the firstborn, the residents of Sodom & Gomorrah and its fiery destruction…

“Surely the Lord God does nothing without revealing His secret plan [of the judgment to come] to His servants the prophets.” (Amos 3:7 Amplified).

“As surely as I live, declares the Sovereign LORD, I take no pleasure in the death of the wicked, but rather that they turn from their ways and live. Turn! Turn from your evil ways! Why will you die, people of Israel?” (Ezek. 33:11).

Pastor Andrew touched on this theme in a message he shared some months ago. God warns before He acts. He doesn’t want to see us destroyed – but the clock keeps ticking…

“The Lord is not slow in keeping his promise, as some understand slowness. Instead he is patient with you, not wanting anyone to perish, but everyone to come to repentance. But the day of the Lord will come like a thief. The heavens will disappear with a roar; the elements will be destroyed by fire, and the earth and everything done in it will be laid bare.” (2 Pet. 3:9-10).

God is not trying to scare us… at least not without purpose; He is trying with all His might and with all His Love to steer us, as Don explained.

Imagine a driver training instructor who shouts to his student “Turn around!” as the car heads to a precipice. Though it may startle the student the cry is urgent and motivated by greater wisdom and concern for what is best.

But suppose this student driver ignores the warning? What is the instructor to do? Shout louder?

“Do not do what everyone else is doing,” said Elder Don, “Come to the Rock.”

To see and hear Elder Don’s Sunday message, go to the Facebook page of Lincoln Baptist Church… look under Videos for the March 22 upload.

The folly of flight

“…God’s judgment,” writes Paul to the Romans, “…is based on truth.” I’m not so sure much of our society understands this. Many do not even give thought to such notions of accountability. But each person IS accountable before God for what they have done with the life He has given them. 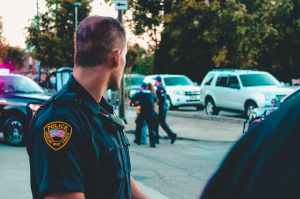 But no one can outrun God! God is everywhere! The very idea that one can run “from” God is ludicrous. “Who can hide in secret places so that I cannot see them?” asks the Lord through Jeremiah. “Do not I fill heaven and earth?” (Jer. 23:24). There are no “secret places” to the One Who created all places. Like in any episode of “Cops,” or “Live PD” the one being pursued is ALWAYS better off surrendering than running. 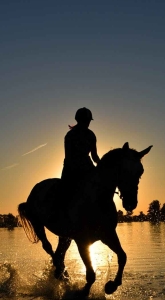 But in these last few days of grace God is pursuing us not to destroy us but to “proclaim peace” to those captured. Someone has stepped up to take our punishment instead. “Stop running!” He shouts. “You are only running deeper into the prison! The door is this way… follow My Voice for it is urgent. This prison will soon seal shut forever!”

“I rarely raise My Voice” spoke the Lord privately to Don as he prayed. But God is shouting at us now… shouting to the whole of us… “Come to Me! I am your only Hope!”

Paul continues… “… God ‘will repay each person according to what they have done.’ …For God does not show favoritism.” (Rom. 2: 6, 11). To this the author of Hebrews adds,

“See to it that you do not refuse him who speaks. If they did not escape when they refused him who warned them on earth, how much less will we, if we turn away from him who warns us from heaven? At that time his voice shook the earth, but now he has promised, ‘Once more I will shake not only the earth but also the heavens.’ The words ‘once more’ indicate the removing of what can be shaken—that is, created things—so that what cannot be shaken may remain.” (Heb. 12:25-27)

In C.S. Lewis’ The Lion, the Witch, and the Wardrobe young Lucy asks the Beaver if the God-like figure Aslan is safe. “Safe?” said Mr. Beaver …. “Who said anything about safe? Course he isn’t safe. But he’s good. He’s the king, I tell you.”

Believers, do not fear. This is our Father speaking… shouting… shaking… He’s a good, good Father. Run closer to Him as He rages. It is the safest place to be.

To see and hear Elder Don’s Sunday message, go to the Facebook page of Lincoln Baptist Church… look under Videos for the March 22 upload.