David is not asking as to this King’s Identity, but as to His Nature… His Attributes… His Fame. Much like I might ask, noting the popularity of some great person of whom I know little, “What makes that person so popular anyway?” “Who is [such and such]?” I’m not asking for the name of the person, but the reason for the person’s fame.

“The LORD strong and mighty,
the LORD mighty in battle.”

LORD: יהוה / Trans: yehôvâh (yeh-ho-vaw’) / Jehovah = ” the existing One” (the proper name of the one true God) unpronounced. He is Self Existent… Eternal; Jehovah, Jewish national name of God; Jehovah, the Lord.

Mighty: גּבּר גּבּור / Trans: gibbôr gibbôr (ghib-bore’) / This God is strong, mighty, (as a person yet not a man), a strong one, brave one, mighty one; Intensive; powerful; by implication a warrior; champion, chief, giant, valiant.

Battle: מלחמה / Trans: milchâmâh (mil-khaw-maw’) / He is all this in battle, in war; during a battle engagement, warfare.

Hosts: צבאה צבא / Trans: tsâbâ’ tsebâ’âh (tsaw-baw’) / that which goes forth, a host, an organised advancing army; a host of angels, of sun, moon, and stars, of whole creation; a mass of persons, a campaign. 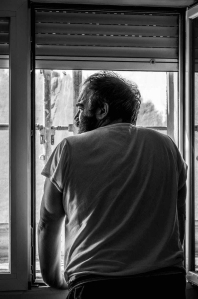 This God is our God… even now… amid Coronavirus… in and through this global pandemic.

When my mother passed away I took comfort in this later psalm, resting assured she had not died alone,

Beginning, middle, end. “Yesterday, today, forever” (Heb. 13:8). This God is with us. This God controls COVID-19, allowing it to touch only whom He permits. He will never leave the believer’s side.

To view Elder Don’s Easter Sunday message, go to the Facebook page of Lincoln Baptist Church, or link to the page from the church website.