How does the Old Testament covenant relate to non-Jewish Christians today? 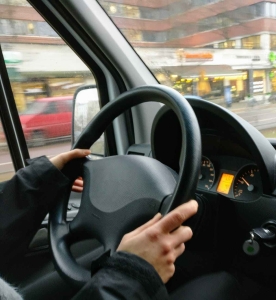 Someone once said you can’t know where you’re going until you understand where you’ve been. Suppose a friend on his way to visit me for the first time calls me while on his way and says, “I’m having difficulty finding your street. Can you tell me how to get there?” Well, the first thing I’m going to ask is “Where are you now?”

It’s important to know where we are and how we got there.

We saw last week how the Old Testament Covenant was not done away with, but was fulfilled in the coming of Christ. But it was not until some time after the resurrection and ascension of Christ that it became clear to the believers that Christ’s work of salvation extended far beyond only the Jews. In fact, the Jews were simply the doorway, His chosen people group, through which Christ would enter to offer salvation to all humanity. 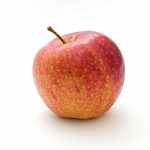 Turns out the plan of God unfolds something like this:
God desires fellowship, He creates Adam and Eve, they disobey, death and suffering result, sin increases, there is a huge flood, society rebuilds, some are godly, many are not. Abraham trusts God and becomes father of a huge nation, Israel… God works within Israel to demonstrate what is needed for reconciliation: holiness! 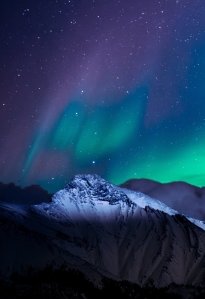 He gives them the Law, they discover they cannot keep it! They learn that they need a Saviour. Jesus comes but is not at all what the Jews expected. He shows a new way, a way of Grace. The Jews largely reject Him, mercilessly kill Him, but He rises from death, ascends to heaven, and commissions his followers. The Holy Spirit is given, and dwells within all who repent, believe, and receive. Surprise, surprise! The Gentiles begin to believe too! God’s Grace is extended to everyone! It was what He intended all along.

God demonstrated His plan of redemption through the Jewish race in order to bring salvation to all the world, to those who would believe on Him.

“He came to that which was his own, but his own did not receive him. Yet to all who did receive him, to those who believed in his name, he gave the right to become children of God” (John 1:11-12)

Paul, the first missionary to the Gentiles (non-Jewish peoples), speaks of this in Romans chapters 10 and 11. Here he describes the inclusion of the Gentiles as “a wild olive branch” being “grafted” into the original plant. In Galatians 4:5 and Ephesians 1:5 he likens this to “adoption,” and in Galatians 3 he rejoices that now in Christ there are no longer any distinctions,

“So in Christ Jesus you are all children of God through faith, for all of you who were baptized into Christ have clothed yourselves with Christ. There is neither Jew nor Gentile, neither slave nor free, nor is there male and female, for you are all one in Christ Jesus. If you belong to Christ, then you are Abraham’s seed, and heirs according to the promise.” (Gal. 3:26-29)

In Colossians 1:26-27 Paul describes this plan of God as “the mystery that has been kept hidden for ages and generations, but is now disclosed to the Lord’s people… Christ in you, the hope of glory.” (Col. 1:26… 27).

What an amazing God we serve!

One thought on “Friday, 1/31/20 – How does the Old Covenant relate to Gentile Christians?”