What if you saw God?

Think about that awhile… What do you suppose you would see? What might you expect?

After the death of his father Bart Millard, songwriter / lead singer of the band MercyMe, penned the lyrics to “I Can Only Imagine” later recorded by MercyMe and subsequently the title of a highly praised Christian motion picture. Millard’s father, now a believer, now stood in the Presence of Jesus Christ… What did he see?

I can only imagine / What my eyes would see / When your face is before me…
Surrounded by your glory / What will my heart feel?
Will I dance for you Jesus / Or in awe of You be still?
Will I stand in your presence / To my knees will I fall?
Will I sing hallelujah / Will I be able to speak at all?
I can only imagine…

Isaiah saw the Lord – also just after a significant death, the death of the righteous and reforming King Uzziah.

“In the year that King Uzziah died, I saw the Lord, high and exalted, seated on a throne; and the train of his robe filled the temple. Above him were seraphim, each with six wings: With two wings they covered their faces, with two they covered their feet, and with two they were flying. And they were calling to one another: ‘Holy, holy, holy is the Lord Almighty; the whole earth is full of his glory.’
At the sound of their voices the doorposts and thresholds shook and the temple was filled with smoke. ‘Woe to me!’ I cried. ‘I am ruined! For I am a man of unclean lips, and I live among a people of unclean lips, and my eyes have seen the King, the Lord Almighty.’” (Isa. 6:1-5).

Some shepherds and stargazers saw the Lord.

“Suddenly a great company of the heavenly host appeared with the angel, praising God and saying, ‘Glory to God in the highest heaven, and on earth peace to those on whom his favor rests.’ …the shepherds said to one another, “Let’s go to Bethlehem and see this thing that has happened…’ So they hurried off and found Mary and Joseph, and the baby, who was lying in the manger.’” (Luke 2:23-16).

“…When they saw the star, they were overjoyed. On coming to the house, they saw the child with his mother Mary, and they bowed down and worshiped him” (Matt. 2:10-11)

The Apostle John saw the Lord.

“The hair on his head was white like wool, as white as snow, and his eyes were like blazing fire. His feet were like bronze glowing in a furnace, and his voice was like the sound of rushing waters. In his right hand he held seven stars, and coming out of his mouth was a sharp, double-edged sword. His face was like the sun shining in all its brilliance. When I saw him, I fell at his feet as though dead.” (Rev. 1:14-17) 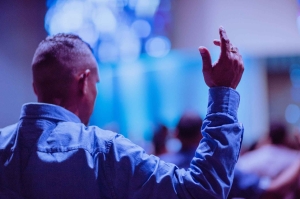 C.S. Lewis notes, “A man can no more diminish God’s glory by refusing to worship Him than a lunatic can put out the sun by scribbling the word “darkness” on the walls of his cell.” – C.S. Lewis, The Problem of Pain 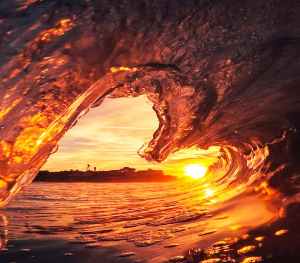 You can see God too. The promise of Scripture is this, “Blessed are the pure in heart, for they will see God.” (Matt. 5:8). How can one get a “pure heart”? Fall down before Him now, admit your need, His Sacrifice, turn from all known sin, acknowledge He is your Lord, and by His grace walk thereafter in His steps.