First, they believe there exists some moral standard by which good should be rewarded with good and bad should be penalized with bad. Persons who ask the above question would never think to ask “Why shouldn’t bad things happen to good people and good things happen to bad people?” “Why shouldn’t an innocent child be robbed of his/her parents before their very eyes at the whim of a brutal axe murderer?” “Why shouldn’t a person be rude, selfish, indifferent to others, and destructive to their possessions?” No! These injustices scream out at them as “injustices” simply because they believe in the existence of some higher standard of justice! 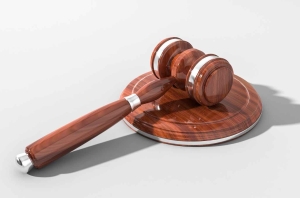 In fact, people who ask the title question are people who believe very much in God. Their very sense of “oughtness” and “ought-not-ness” demonstrates they believe there exists some moral code, some ultimate just-ness and that there exists also some moral arbiter who is ‘slipping up’ by allowing what the questioner deems ‘unfairness’ to happen.

Well the Christian knows this Entity is God… Jehovah, the Almighty tri-une Father, Word, and Spirit. The Christian knows God has such a world where the moral code runs perfectly, a world of angel beings who do his bidding always,* for they can do none other. The Christian knows that God created mankind a new sort of creation… a creation with the freedom of will to chose… to choose to obey, to love, or not.

Only with this sort of creation might the Creator have relationship… fellowship… friendship… and true worship.

Evil entered this world and the free-thinking creatures did unspeakable things…. And they continue to do worse and worse things as wickedness increases more and more.

So God stepped in in another way. He came to us. “The Word became flesh and made his dwelling among us.” (John 1:14): He took all the bad due to us. He rose, conquered it all and offers that victory and newness to us. He does not uproot us yet, but lets good and evil grow together. The day will come when it shall all be sorted out. But for now, Jesus words to us are these:

“I have told you these things, so that in me you may have peace.
In this world you will have trouble.
But take heart! I have overcome the world.” (John 16:33).

*The question of Lucifer’s rebellion has been discussed under other ‘Tough Questions.” Check out the list under “Other Stuff” or click here.